Cranbourne Little Athletics was one of the first Little athletics clubs in Victoria to design and develop a Little Athletics Multi-class program.  It provides athletes with a disability a space to compete, join in and have fun, values which are intrinsic in our club.

Since its inception in 2016/17 season, with 7 athletes, it has grown every year, with a high retention rate in most seasons. Parent involvement is high, and athletes are soaring in skill level and attainment. The success of our multi-class program ensures it is embedded into the way we do things at Cranbourne and has undoubtedly enriched all our lives.

Multi Class Athletes will compete in the following events at CLAC:

Jaryd made his Paralympic debut as a 17-year-old at the Rio 2016 Paralympic Games.  There, he placed seventh in the men’s 1500m T13 and men’s 5000m T13, with one of his races attracting worldwide attention for being faster than its Olympic equivalent.

He also became the first Paralympian to compete at the able-bodied U20 World Championships in 2018. Jaryd has continued to improve and is now the athlete to beat at the Tokyo Paralympic games 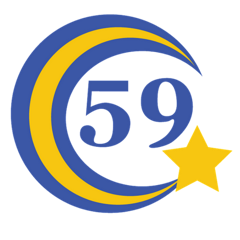